Whew, what a BUSY week James and I just had. It was so much fun though that is for sure! My parents, brother and cute nieces and nephew came up for a week and to help us celebrate the 4th of July in our cute little town. 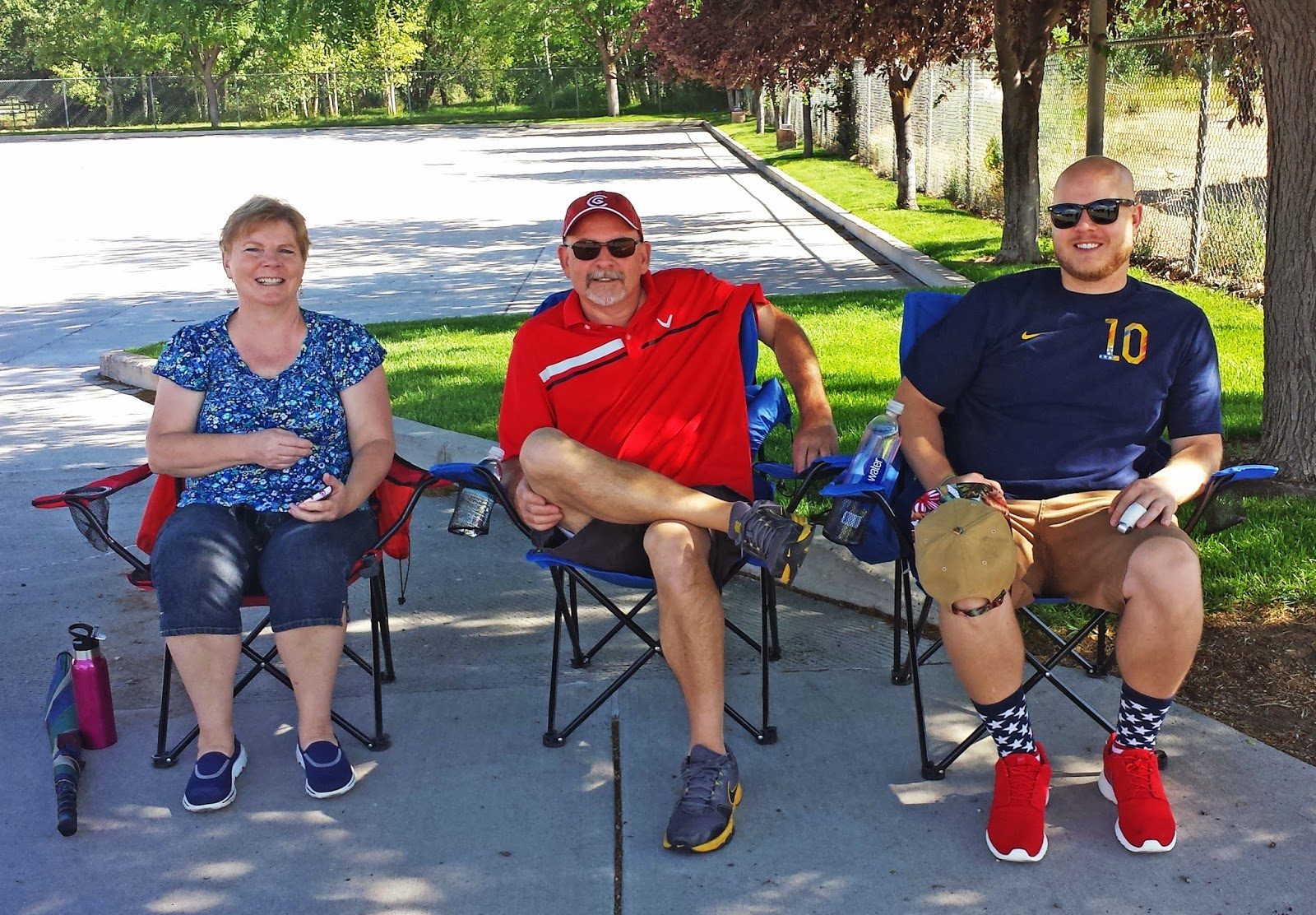 This is my parents and my brother waiting for the parade to start! We couldn't of picked a better spot. It was super shady and very cool which made it enjoyable to really enjoy the parade on such a hot day. 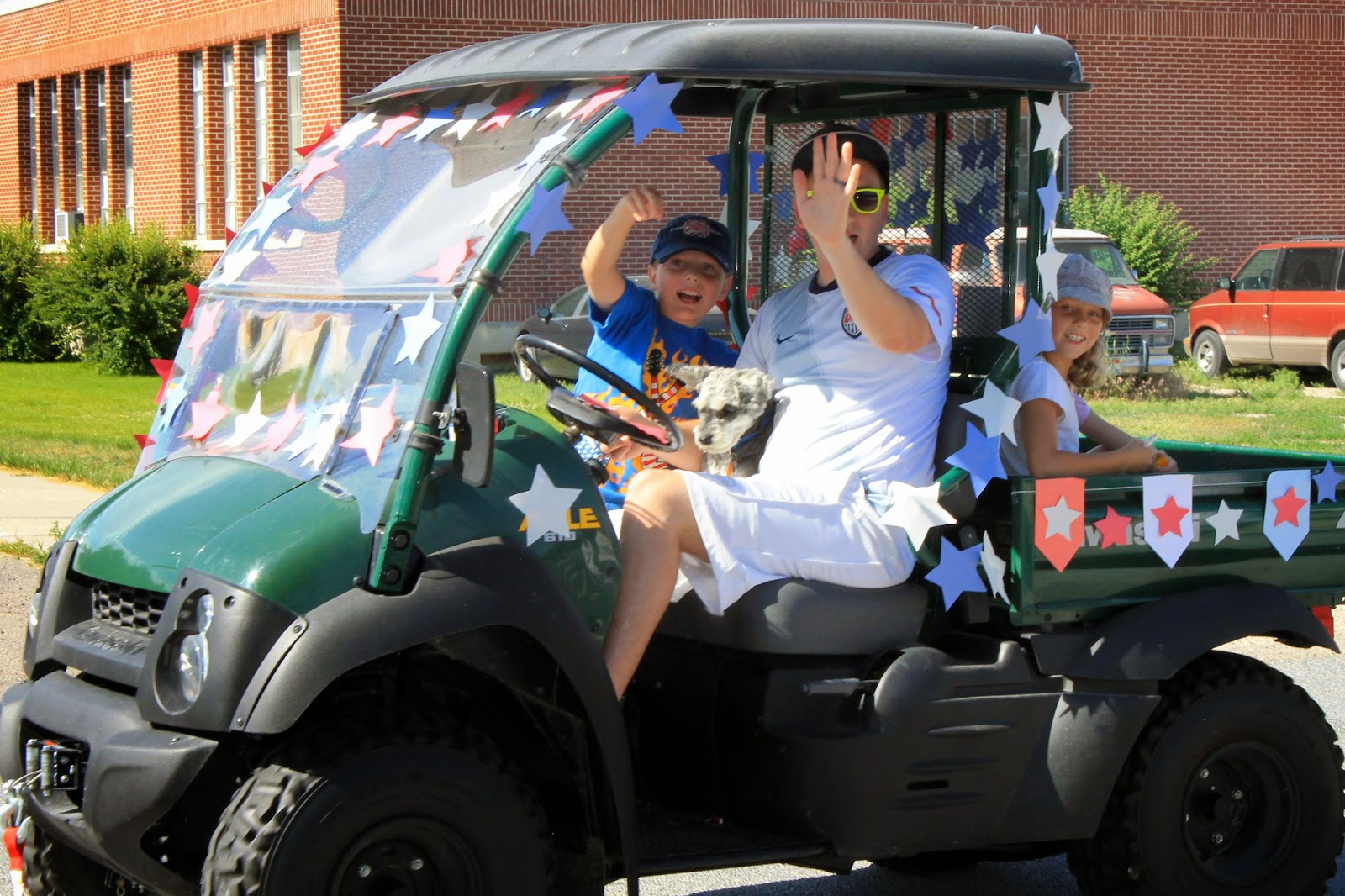 The best part about the parade was James, Max, Seth, Chloe and Nico got to be in the parade! The night before they all helped James and I decorate the Mule aka the spruced up gold cart! They had a blast doing so and I personally think they did an awesome job! They had so much fun being the parade throwing candy and blowing bubbles. They even got an otter pop at the end of the parade. Got to love small towns! 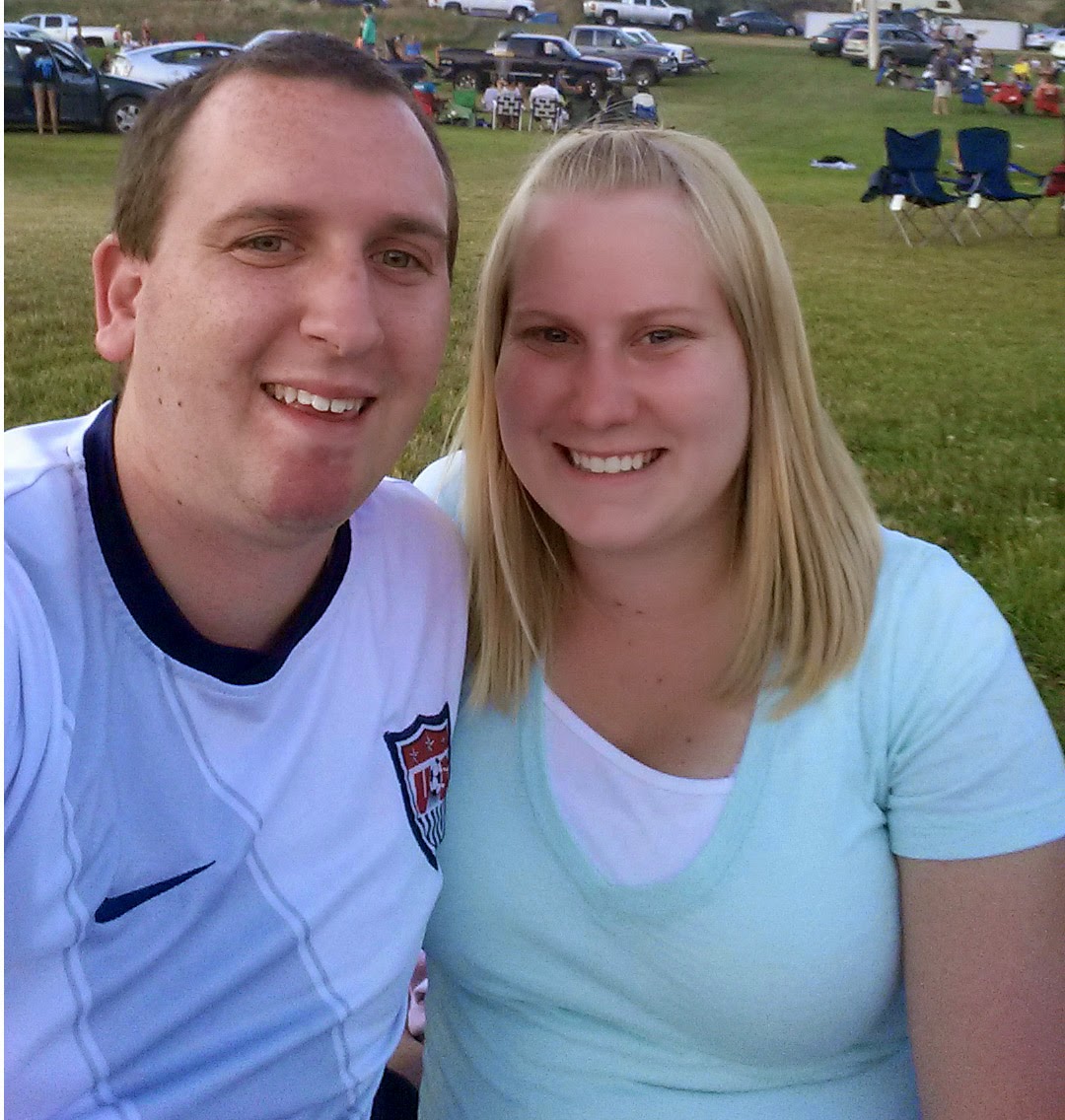 After all the fun in town from swinging on the swings, jumping up and down in the blow up castle to getting balloon swords we headed to Lava Hot Spring to enjoy the spectacular firework show. In order to get a seat we had to be there for three hours so we ordered delicious pizza, relaxed and played some games. 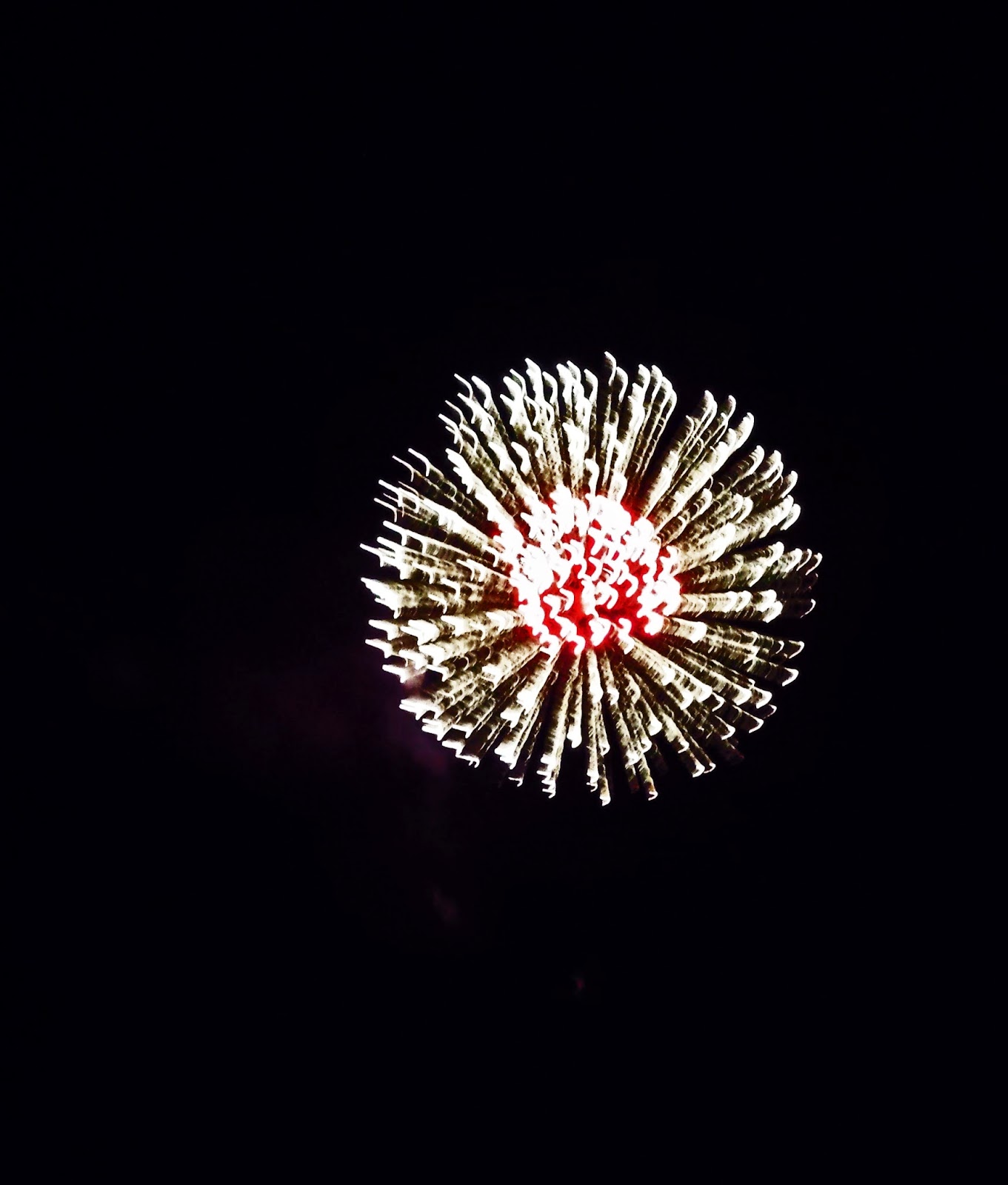 The fireworks were incredible! They were huge! They even had some that were made into a heart shape. The changed colors, waterfalled down in the sky. It was just amazing. And for the grand finale they had a ton of fireworks that made a waterfall down the mountain! I have never seen that before. It was AWESOME! 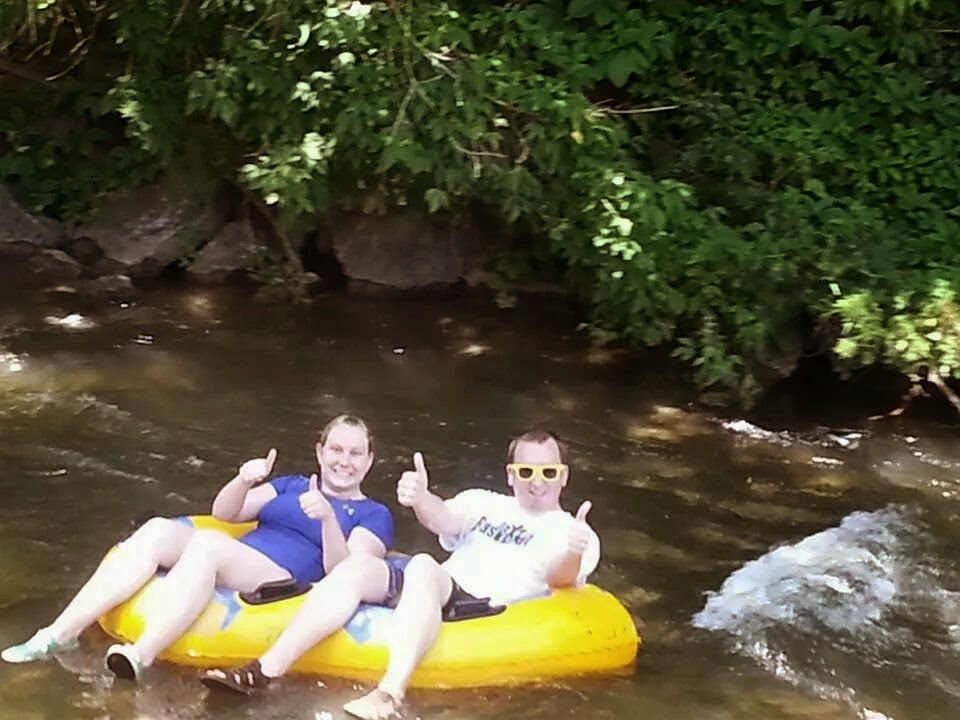 The next day we headed out to go float the river! It was a lot of fun and nobody got hurt. It was kind of crowded so we didn't get to go down a ton but it was totally worth it! After we floated the river we headed to the pool. Which was so much fun! 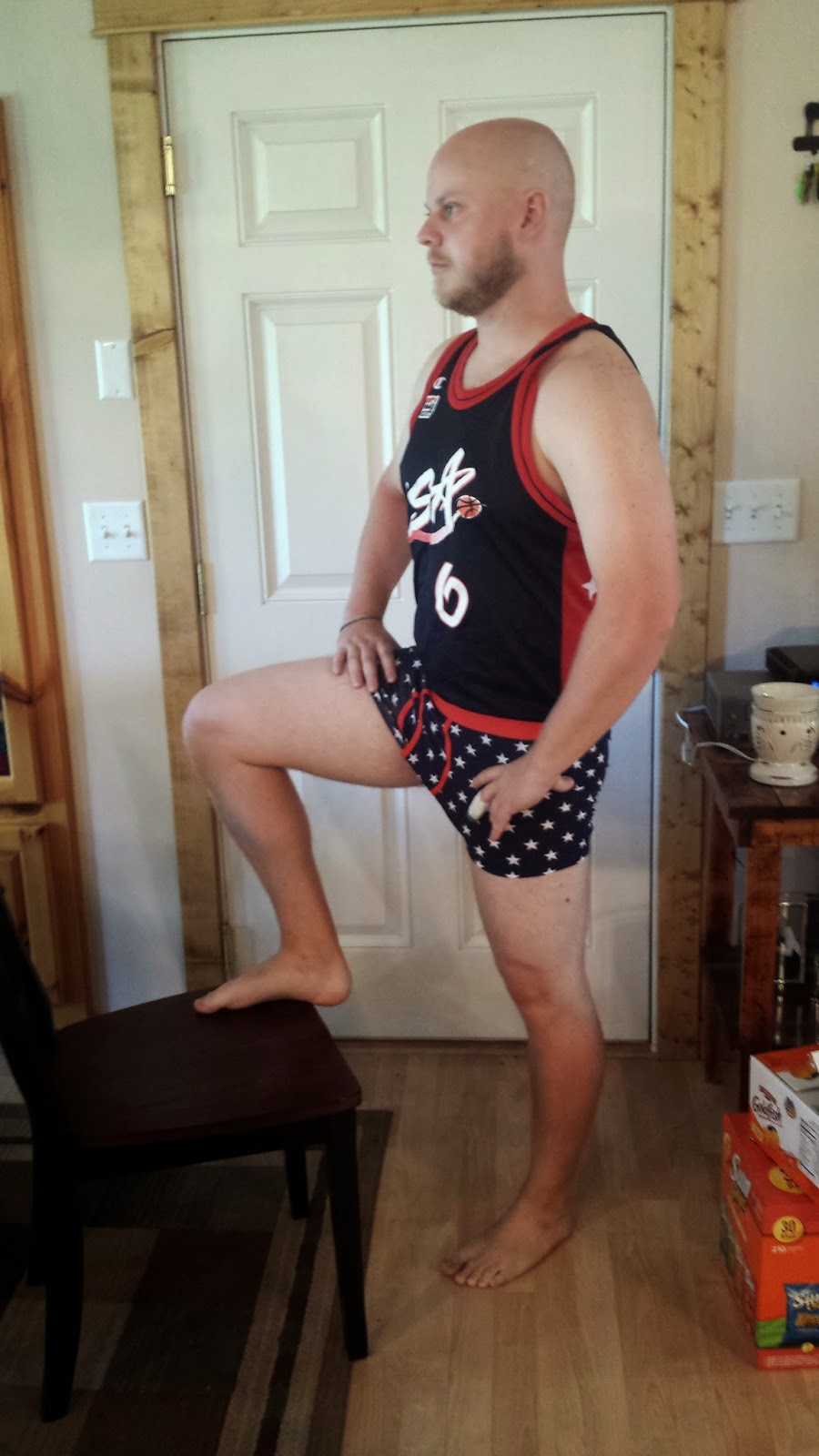 Some people take the holidays way to seriously! Like my brother for instance. This was his holiday floating the river gear. He is such a dork but I sure do love him. 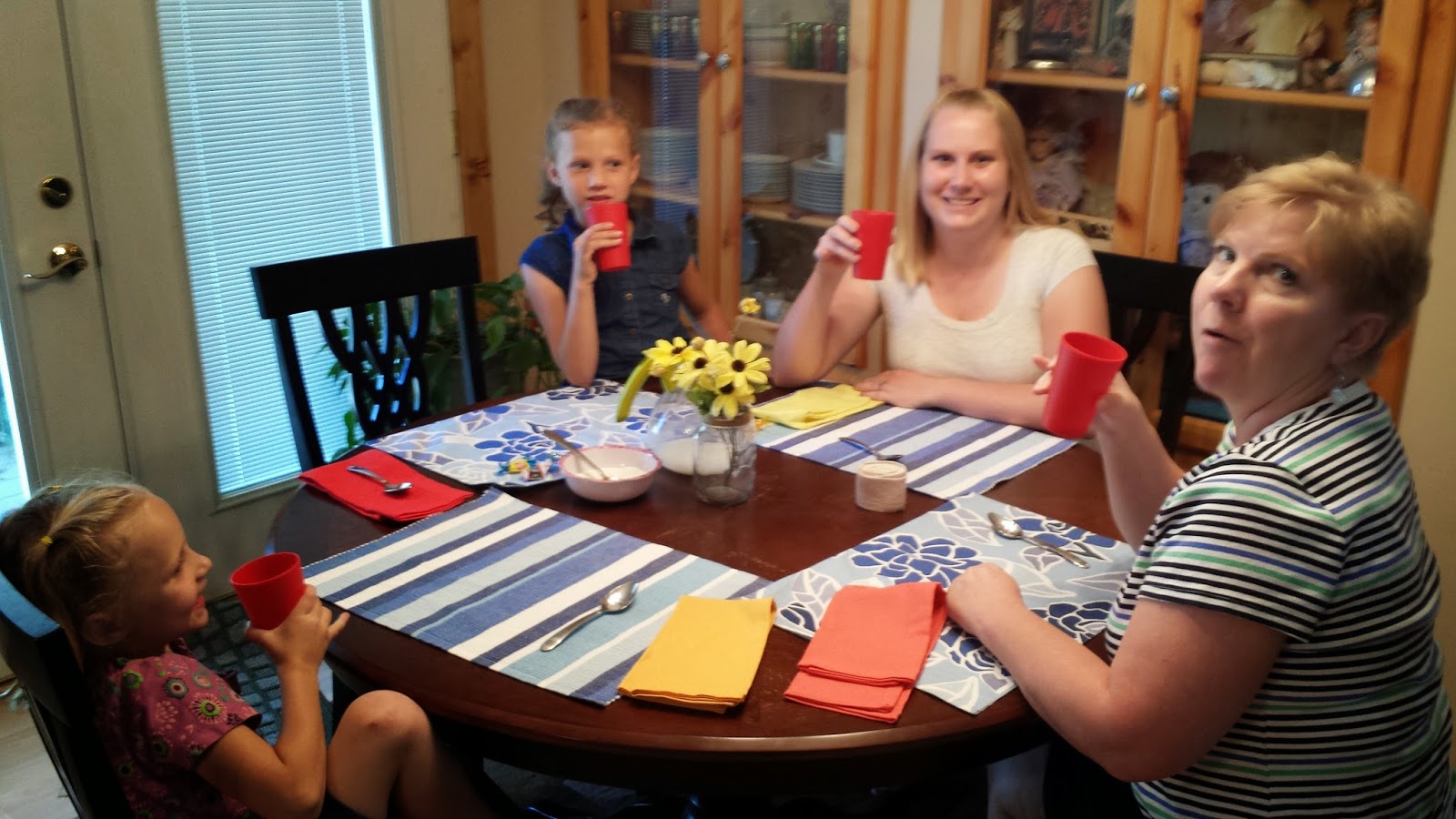 We ended the holiday weekend with us girls having a tea party. I didn't have any tea cups because they are still packed away at my moms house but next time I'm down in Utah they will be coming home with me. But HEY I think we made it work with what I did have. It was a lot of fun and brought back a lot of childhood memories. I'm glad I get to share this with them.
Email ThisBlogThis!Share to TwitterShare to FacebookShare to Pinterest
Newer Post Older Post Home