We had a fantastic Halloween this year! We went to Idaho Falls for a doctors appointment an then went on a double date with the grandparents. And although James and I didn't dress up we did get Maggie to dress up. 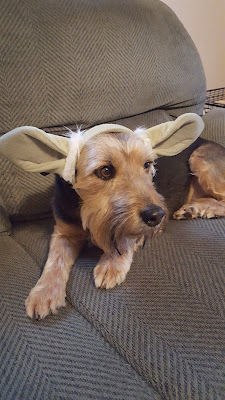 Miss Maggie had herself two different costumes! Her alligator costume which she loves but this year she got herself some Yoda ears and doesn't she pull them off just right? Ha ha. she is such a good sport. She also went trick or treating and got way spoiled by her puppy friends! 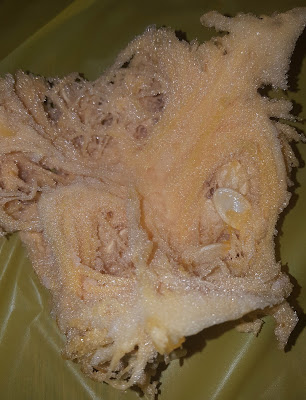 When James and I carved pumpkins mine and Maggie's were frozen! It was super neat ha ha. Made pulling out the guts somewhat easy.. surprisingly. 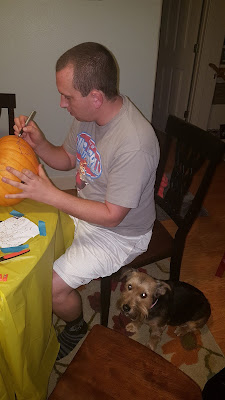 Yes, we did indeed carve Miss Maggie her very own pumpkin. And YES she sat there watching James waiting patiently for her pumpkin to be ready. I'm pretty sure Maggie thinks she is human. We have created a monster ha ha! 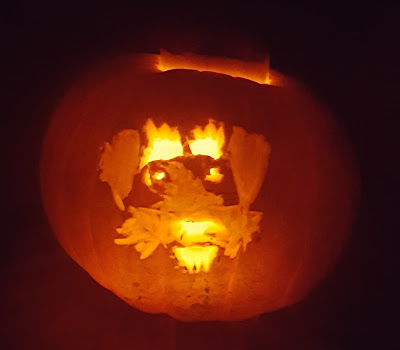 And here it is! James tried out the whole shaving thing. Not too shabby for his first time and it being 10:30 pm. 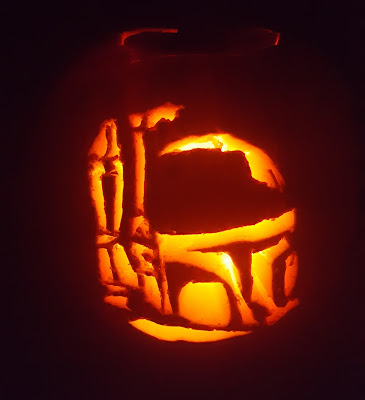 James decided to go Star Wars this year and went ahead and carved himself Boba Fett! He did a good job and he looked super neato! 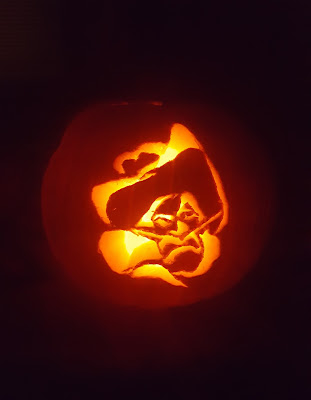 I went with the classic Peter Pan movie and carved myself a Captain Hook! He was such a pain in the butt to carve.. but in the end it was worth it because I personally think he looks spectacular! Ha ha!

We sure hope you all had a very Happy Halloween! Did you dress up? If so as what?! Leave a comment below.