This is a long awaited blog post! James and I went to Washington a month ago! Ha. Well, anyways, here it is! Hope you enjoy the rest of our trip. It was a total blast and can't wait to go back sometime! 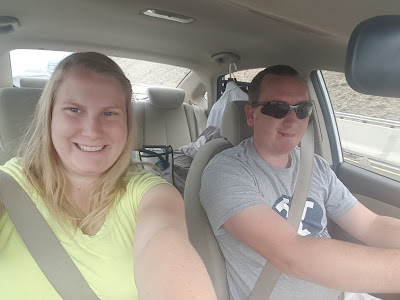 James and I headed out on Thursday pretty early! It was such a long drive but we made it! It took us about 12 hours, thank goodness for bathroom stops! 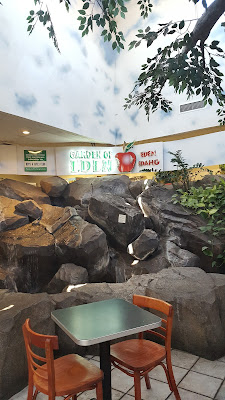 Speaking of bathroom stops.. our first one was at The Garden of Eden Idaho! I thought this fountain was pretty darn cool! They also had animals in the fake tree's. This was one of the best places to stop! 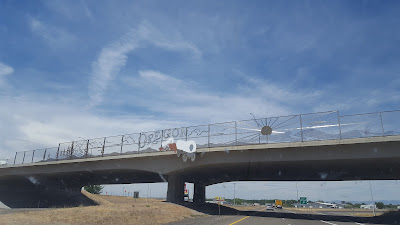 I thought when we crossed the border from Idaho to Oregon that their sign was pretty awesome! So of course I snapped a picture. 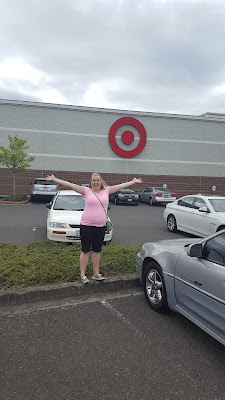 On of the highlights of the trip for me was my visit to Target! This is my favorite store and I absolutely miss being able to go there. So I was super excited when James too me there. I was in la la land the entire time! 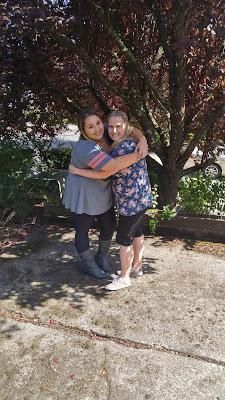 The best part of the trip was when my bestie Sabrina and her other half drove up to visit me! We were able to spend the entire day together it was fantastic! A great way to spend a Sunday! We went to Applebee's for lunch. As you can tell we splurged and got a lot of delicious food. Props to the Vancouver Washington Applebee's you do a job well done! 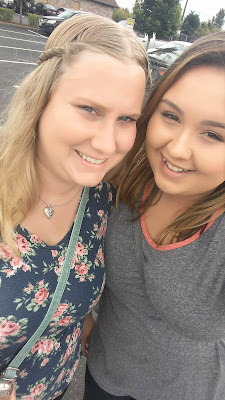 After we went to Applebee's we headed out to go for a mini shopping trip because nothing is better than going shopping with your best friend! 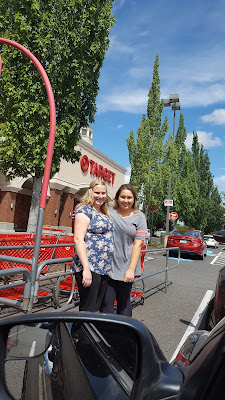 And of course.. we went to Target! ( this is a different Target than the one I went to the first time!)  We both are addicted to Target so of course we went there. 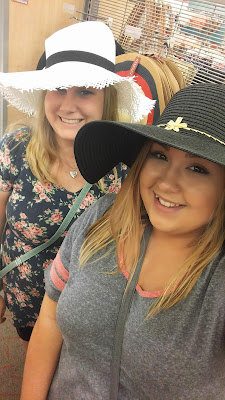 And we goofed off and tried on hats! I kind of wish we would of bought these hats because uhh we pull them off pretty well! Don't you think so Sabrina? After we went shopping and then to Sonic to get some slushies it was unfortunately time to say goodbye. I am so glad that I was able to spend some time with Sabrina! I can't wait until we get to hang out again and I hope it is for more time! I sure do miss my bestie!! Love you Bina Boo! 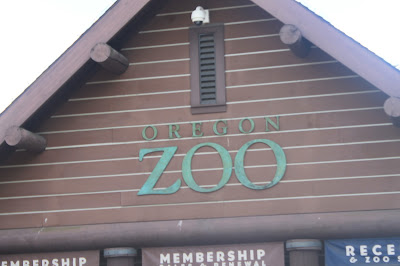 The following day James and I decided to go and explore Portland! We first went to the zoo! Best decision ever!! This is is amazing! So many wonderful animals. It was a lot of fun. 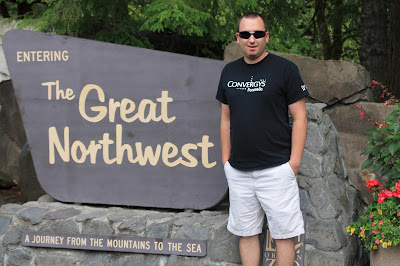 We first hit the great northwest! We saw some bears, a bald eagle and a few other birds, some fish and a lot more animals! 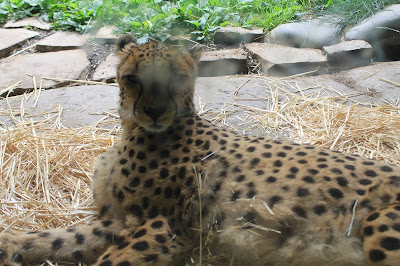 Look how pretty this cheetah was! It was neat that he was sitting so close to the window! He kept looking at us so I think he might of been hungry. Just kidding! 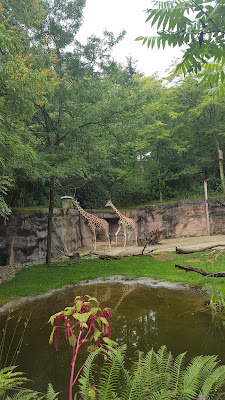 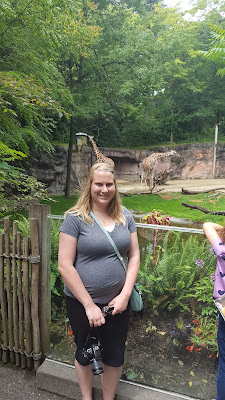 The giraffes! DUH! They are so beautiful. I LOVE them!! I was in heaven and might of spent a little bit of time staring at them and snapping pictures. If I could I would totally have a pet giraffe ha ha! 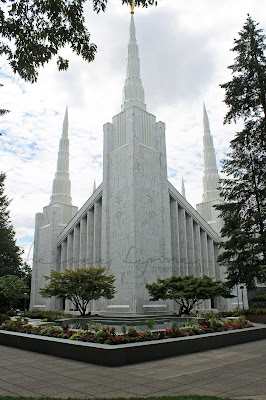 After the zoo we headed to the Portland temple. Either of us had ever seen the temple. It is so pretty! If you get the chance definitely stop by and visit. The grounds and the temple its self is so gorgeous.

After we went to Portland we headed back to James grandparents house to go and see a movie. We saw the second Independence Day movie. It was a lot better than I was expecting it to be. I would recommend it! We haven't seen the first one so now both of want to see it so maybe we know more of what is going on. Ha ha! 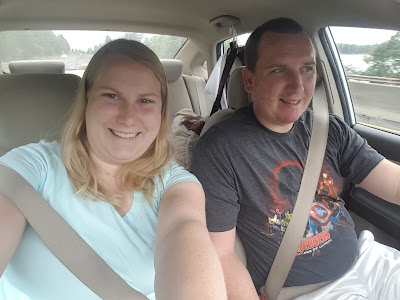 On Tuesday it was the day to go home! We left bright and early so we could get home at a decent time. Which.. didn't necessarily happen ha! We got stuck in construction traffic which was a pain in the rear end but we eventually made it home safe and sound! 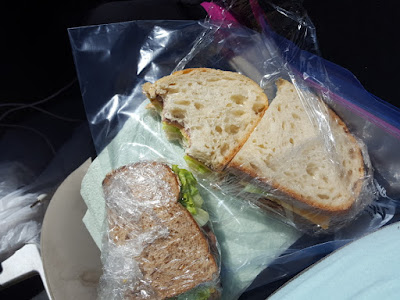 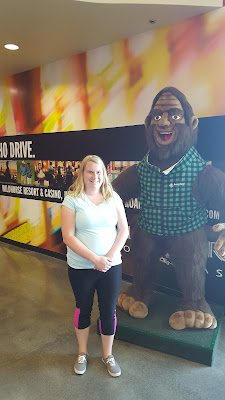 We stopped in Pendleton, Oregon for our last potty stop! This is also a very fun place to stop! They have fun things to look around at.  We even made a new friend who is picture above. Ha ha! 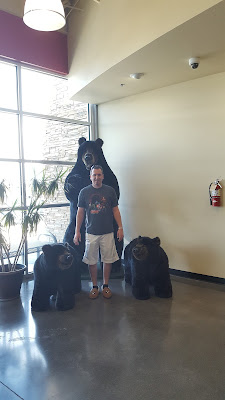 And we ran into some bears! Don't worry they were nice!

It was such a fun trip and we sure did fit a lot into our schedule. It was good to see all the family and spend quality time with them! It was also really good to see some friends and hang out with them. I love being able to go on vacation! Can't wait until we have our next one.