This Fourth of July my parents and my brother and his wife came up to spend the holiday with us. Holidays are always better when they are spent with family! We did a mixture of things this year. We attended the local parade and BBQ, floated the river and of course enjoyed the wonderful firework show! It was a ball and I am glad we had some great company for the weekend. 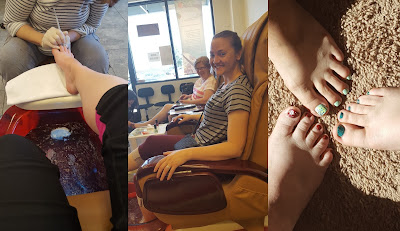 On Saturday the guys went to play a round of golf and us girls went and did what we do best.. we got pampered with some awesome pedicures! Shout out to the lady who pampered me she did an awesome job and was so personable! My mom and Crystal got a design on their toes and I went with sparkles because you know, I love be sparkly ha! 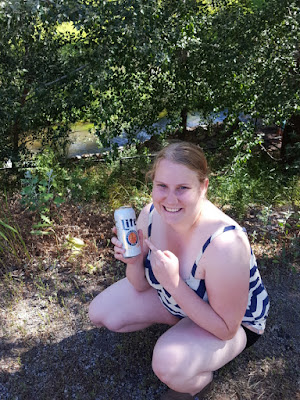 Every time we go to Lava and float the river there is always a floating beer. And once time my cousin Riley went through and caught one and then drank it down the river it was hilarious. So this time I caught one for him and took a picture for him because of our families inside joke! So to many of you this picture makes no sense ha ha! 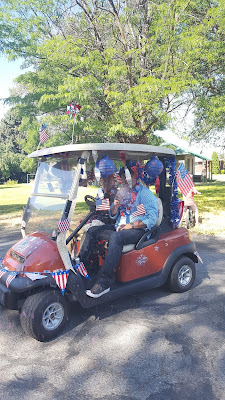 On Monday we attended the 4th of July parade! It is such a cute little parade everyone decorate what they have from cars, lawn mowers, and golf carts. This is James cousin and great uncle in their oh so cutely decorated gold cart. They did a great job on the decor! Well done on their part! They also had two pups along for the ride during the parade and they were all dressed up. It was super adorable. 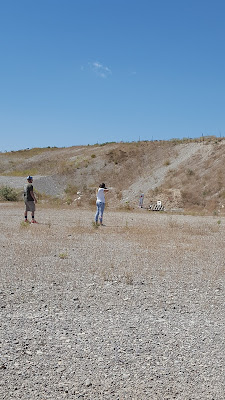 After the parade we loaded up in the truck and went shooting! I didn't shoot anything because I'm not into the whole shooting thing but I will go along for the company and to watch others. My brother was super excited because he got a new gun that he just couldn't wait to shoot it ha ha. We also invited James' grandparents to go with us. They had a good time shooting and trying out some new guns. 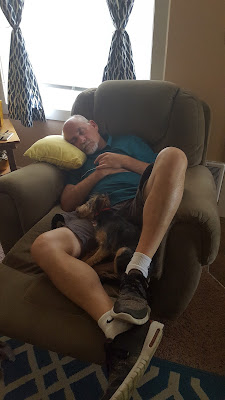 Shooting and being busy really wore my dad and Otis puppy right out! They sure are the life of the party ha ha. I love this picture because it is my typical dad and it is so freaking cute. I sure do love my daddy very much! 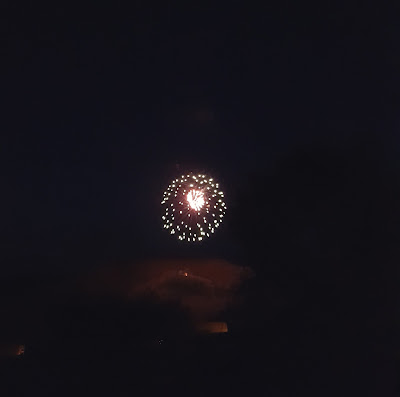 At the end of the day and their trip we ended with the Lava famous firework show! It was different than normal but I think it was because it was so windy so they did them slower than normal.. BUT the finale was FANTASTIC!! I did enjoy the show and I hope my family did as well. I am so so glad that they came up and joined James and I in the wonderful 4th celebrations! It was a ball.

What did you all do for the Fourth of July? Leave a comment below!