Time To Rewind: Back To November

Back in November my mom planned a fun girls/one boy trip to go to Salt Lake City and see Disney on Ice and to stay in a fancy hotel and of course do some shopping. We hit up the Disney Store, (of course!) and a few other places and we even ended up eating at Johnny Rockets. This was such a fun tripped filled with memories that will last a lifetime! 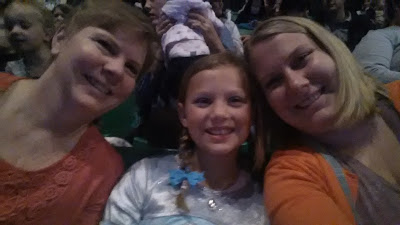 The girls dressed up as Disney Princesses.. Chloe was Elsa of course and Miss Nico was Ana! I don't think my mom and I got the memo to dress up as a Disney Princess or I think we would of. Ha ha! It was so fun to sit in between my two nieces and see their reaction to the show. They LOVED it. 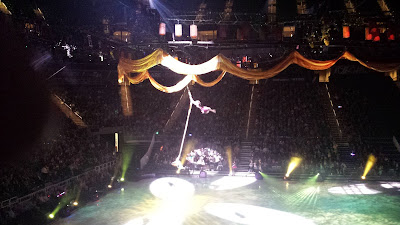 Our favorite act and Disney Princess was Tangled! It was so neat to see everything and they did some amazing tricks. The characters were so cute. They even had the horse! The music was so much fun it got everyone to sing along and clap along even. They also did The Princess and The Frog, Cinderella and Snow White. They were also very good and well put together. My top two favorites were like I said Tangled and of course Cinderella! I'm a big Cinderella fan. The skaters that were apart of the show were totally talented and simply amazing! 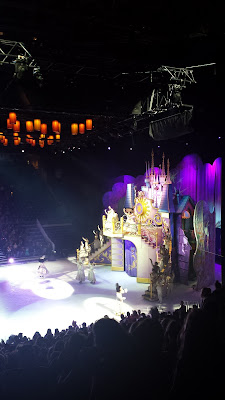 At the end of the show they had everyone come out. By everyone I mean all the Disney Princesses. It was so cute and fun. It made me wish I knew how to ice skate. Maybe I could of been on Disney on Ice. Ha ha! Just kidding. The show was amazing and so much fun. If you have never been I highly recommend it! And there really isn't a bad set in the house. How the show is set up is so everyone can see from where they are sitting. It was wonderful.