The Start Of Another Project!

So I don't know if you have seen this "in" thing this year which is Fairy Gardens. I have seen them everywhere.. all the fun things and a lot of pictures of peoples gardens. So I had the smart idea that I wanted one too and how hard could it be?! Right? And I was already a step ahead because I already had two fairies, well technically I have three but I'm not sure yet if I'm going to use the third. HA! Anyways, enough gabbing let's get onto the fun part the show and tell! 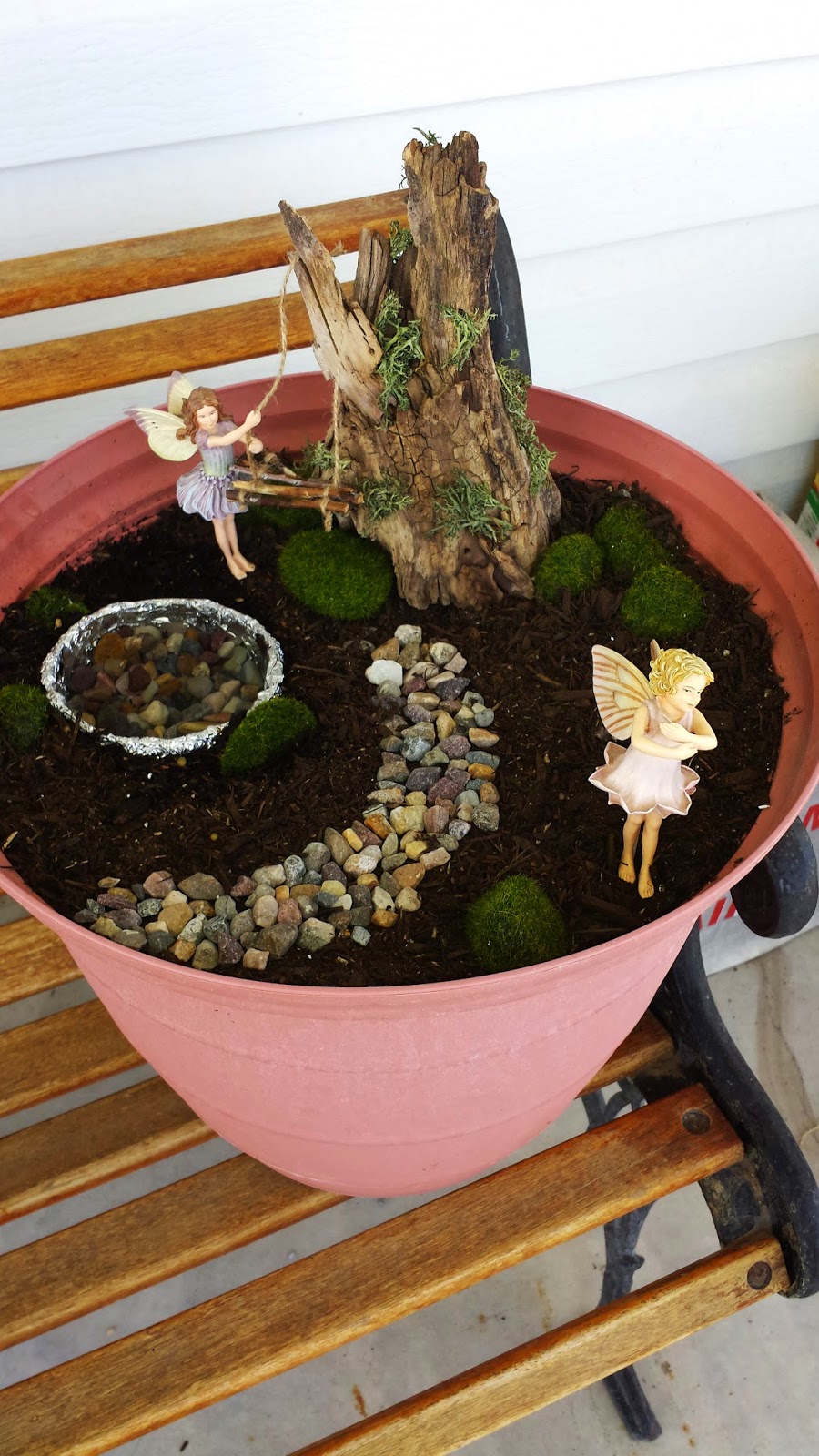 So for my garden I wanted to try my best to not spend a ton of money on it, which I have nothing against but I wanted to challenge myself and see how much I could make. The day I decided this James and I went for a walk around town so I could find items for my fairy garden. I picked up sticks, rocks, pine cones and this awesome tree root/stump thing. But, because of where I live I didn't have any moss.. so I ventured to the dollar store to buy moss rocks and a bag of moss. I've spent so far a grand total of $2.00 for my fairy garden at this point. (My not spending money plan.. isn't working out so well ha ha!) 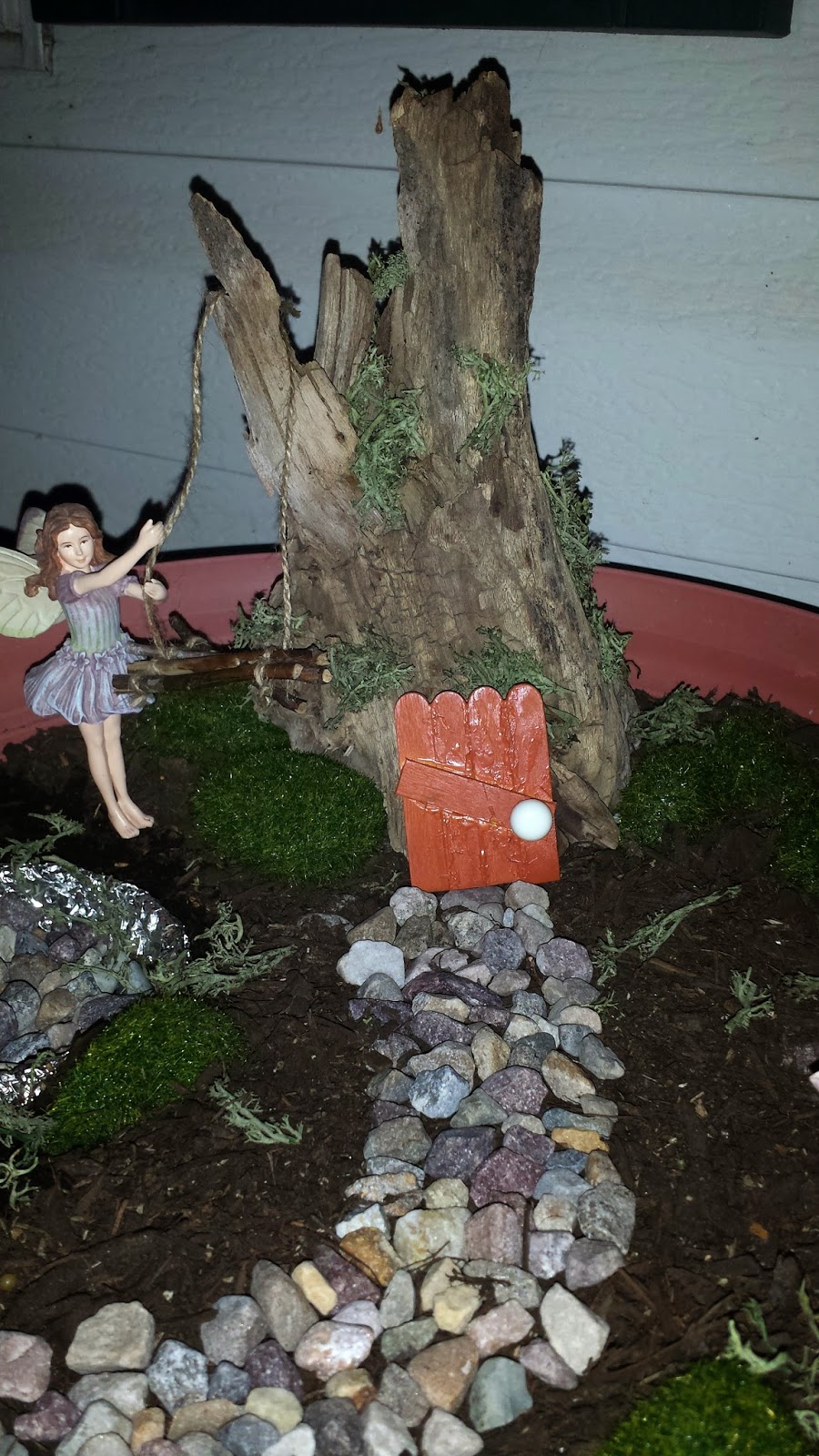 *BACK STORY!* So, for my fairies house I was going to build one out of Popsicle sticks but, I got way to frustrated with that and trying to figure out how to look good.. so I went with my nest best idea which I ended up like a million times better! I just made a door instead with my Popsicle sticks and leaned it against the tree stump thing. I think it made my garden look more like where a fairy would live. Another back story.. before I started like I said I already had the fairies but I also had the pot and what I made the pond out of... and I had the soil! But my garden is still missing some things. I would really like a bench, something to put in my bond and then just something for the right side of my garden where there is a lot of blank space. So I am currently open for ideas! And there you have it, the start of my fairy garden! Yippee!!
Email ThisBlogThis!Share to TwitterShare to FacebookShare to Pinterest
Newer Post Older Post Home