This year I have been so excited for Easter.. so I skipped a holiday just so I could have Easter up for longer. I was way excited to decorate so I made sure that I made some cute decorations and that I actually had some so I could be proud of myself ha ha. My favorite part is definitely my banners. 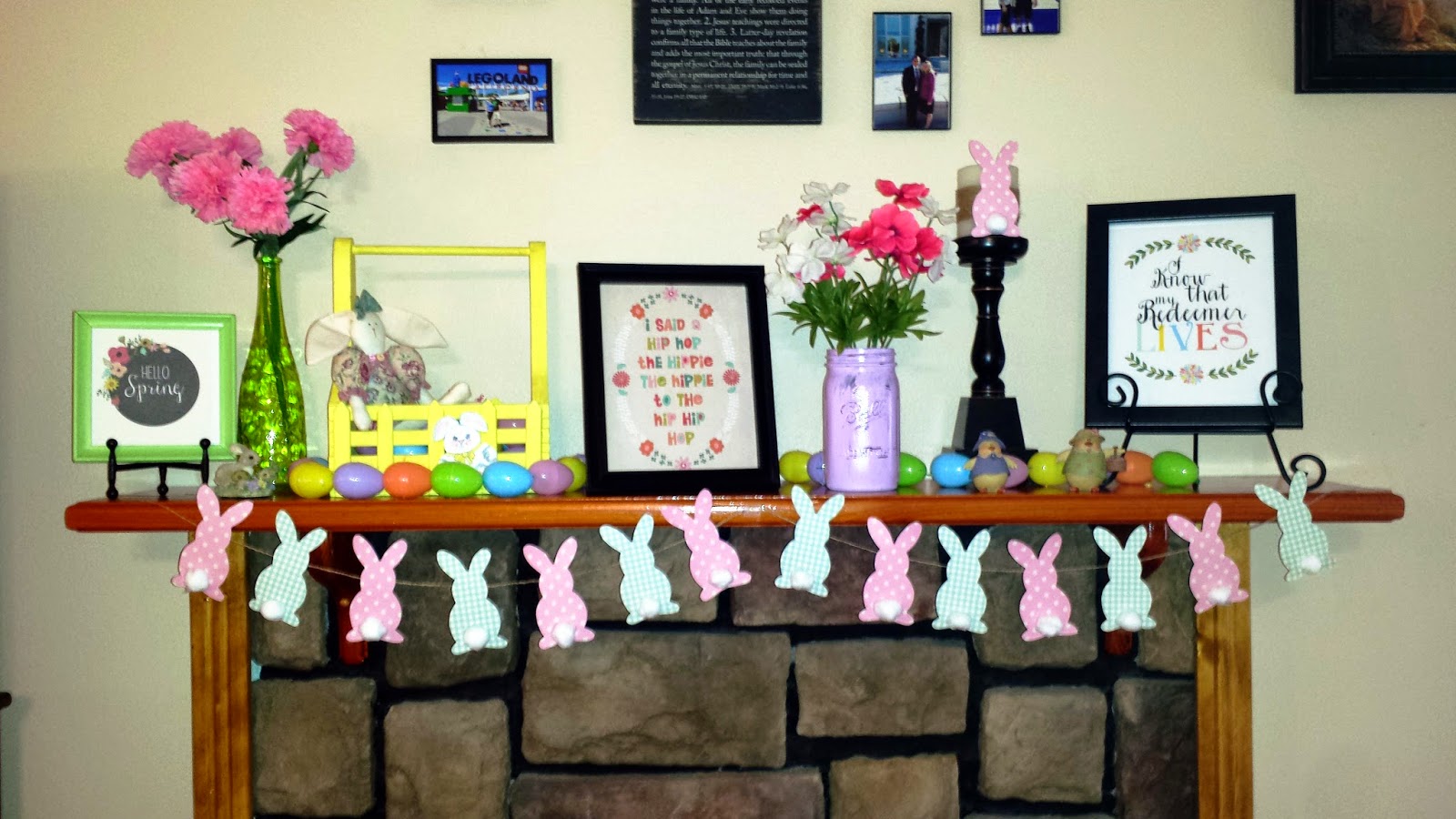 This is how I decorated above the stove. The bunny banner was a pain in my butt but it was totally worth it! It turned out way cute. My inspiration was Pinterest ha ha. I also made an egg garland which was much easier. At first it was going to be my banner but then I decided it would look better just wrapped around stuff. The Easter basket my mom and dad made for me when I was a wee little one. I love it! The rest of the stuff I've already had/made and found on Pinterest ha ha. And there you have it the majority of my Easter decorations. 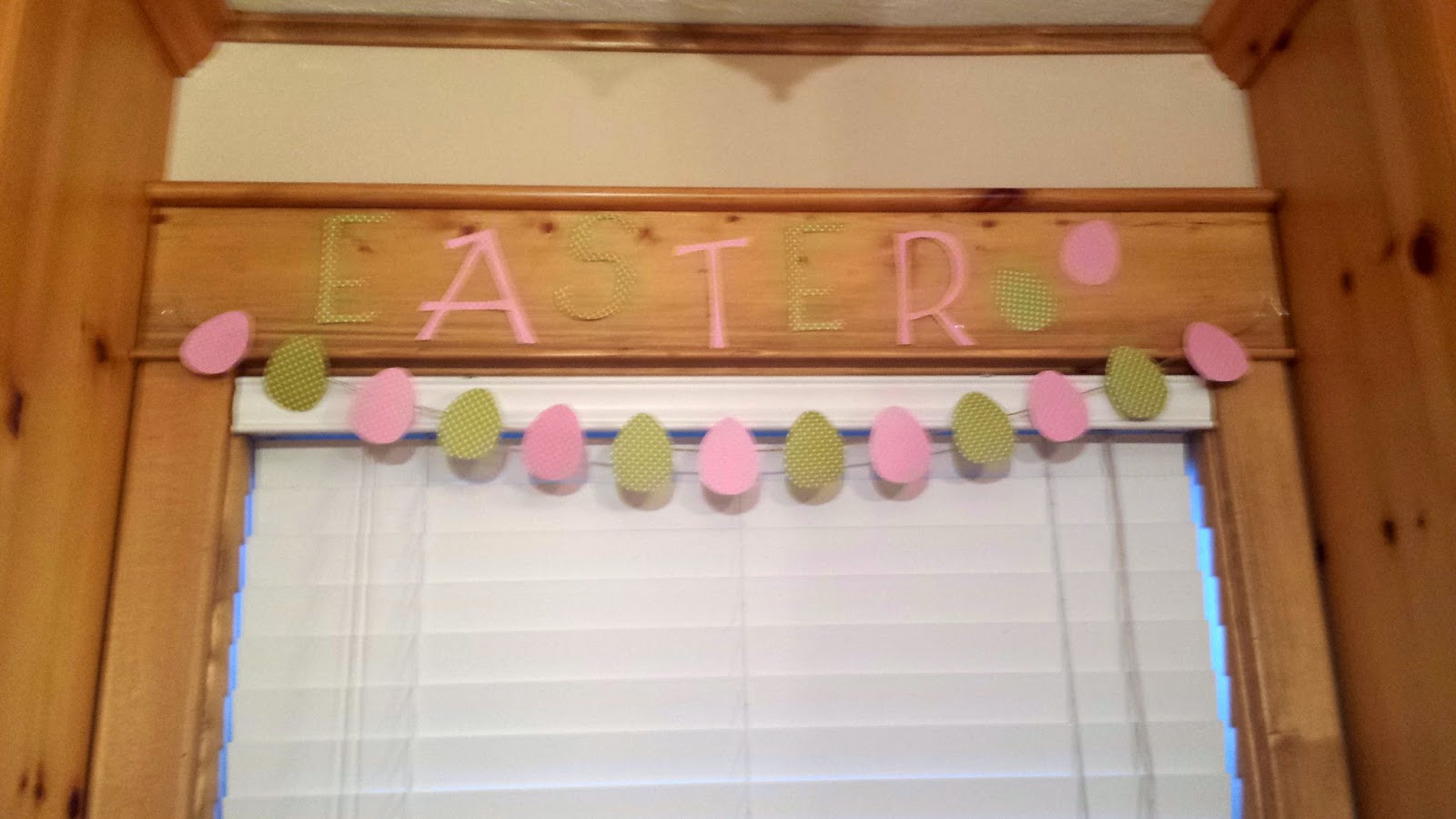 This is the other banner that I made. It was way simple! It hangs above my kitchen sink. It makes me happy! I decided this time to just put the "word" above the banner instead of it being the banner.

I also have one more decoration that I put up and it's a bunny tea set that my Grandma gave to me. I have a picture but I can't find it and I'm being lazy and not feeling like taking another one ha ha. But it's way cute and I love it! And there you have it.. my Easter ha ha.
Email ThisBlogThis!Share to TwitterShare to FacebookShare to Pinterest
Newer Post Older Post Home