All of our hard work in the garden is starting to pay off! Everything is growing nicely and we have a lot that is ready to eat which is a HUGE bonus! 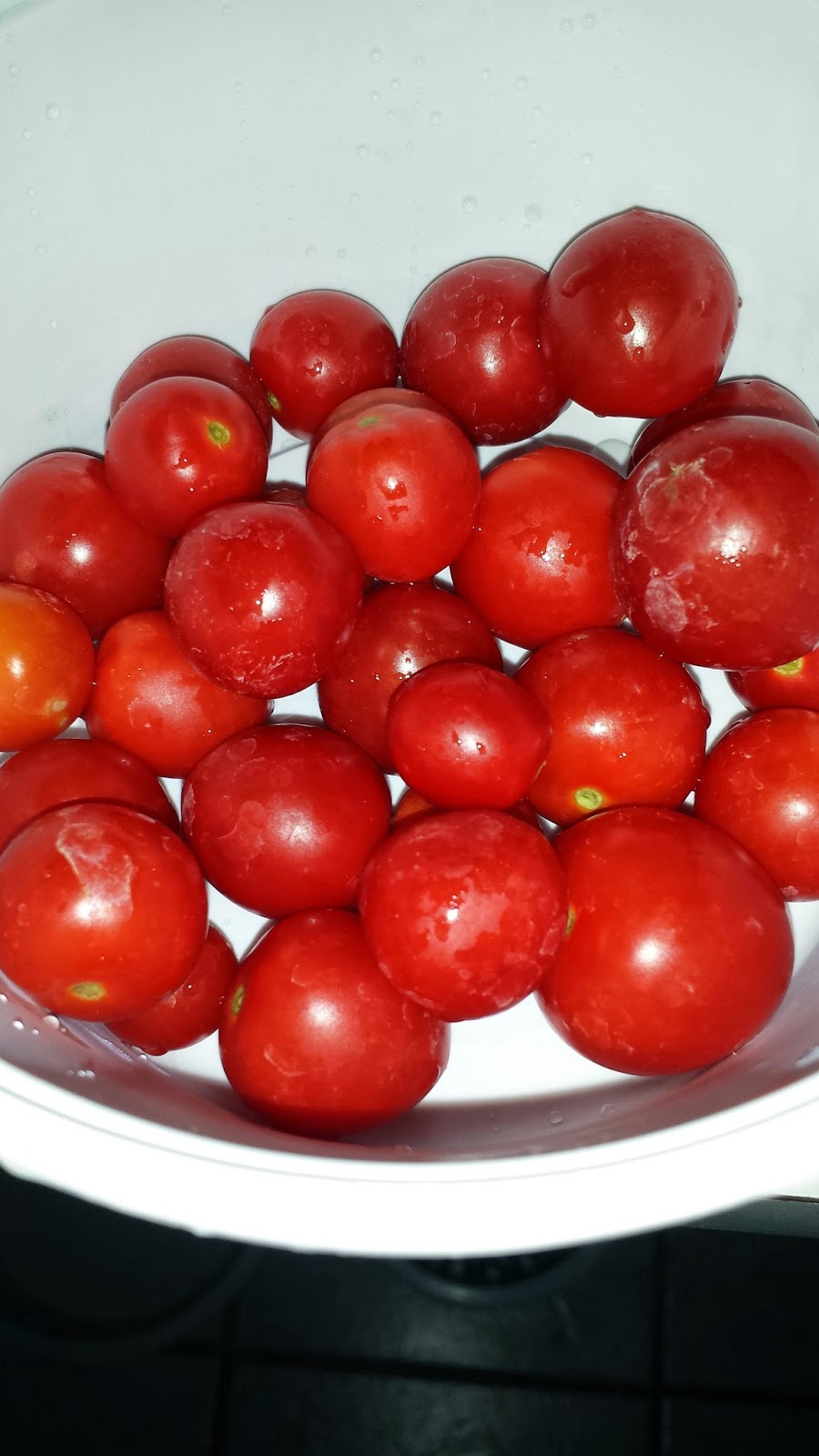 We've been enjoying the out pour of cherry tomatoes. We have had plenty to share! They are so juicy and fantastic tasting. I am able to pick about this many every day! Well done tomato plant eh? 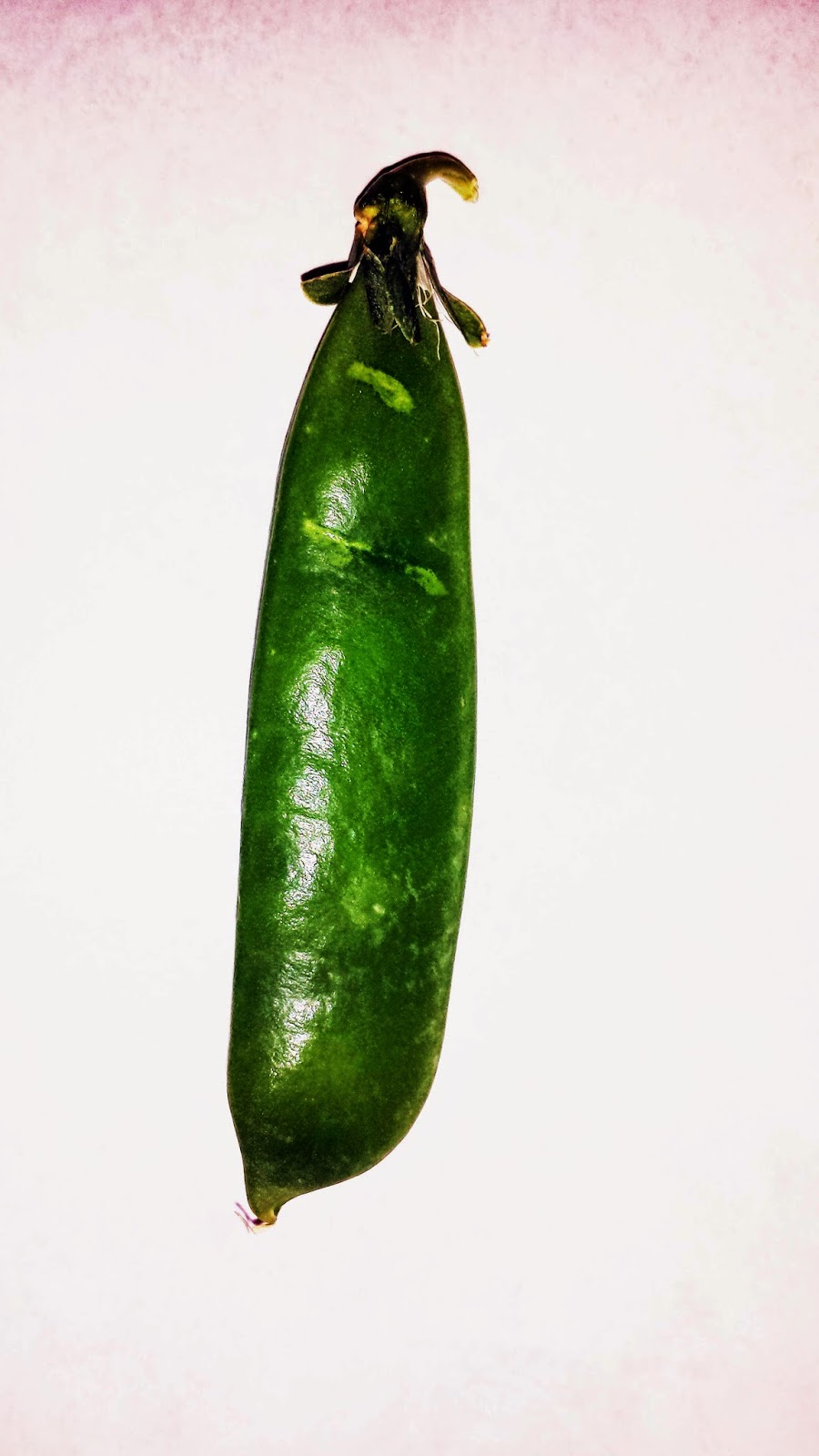 Along with tomatoes and our lettuce which I blogged about awhile ago we've been able to pick our first batch of peas. Yummy. They have the best taste ever and again we have plenty to share. 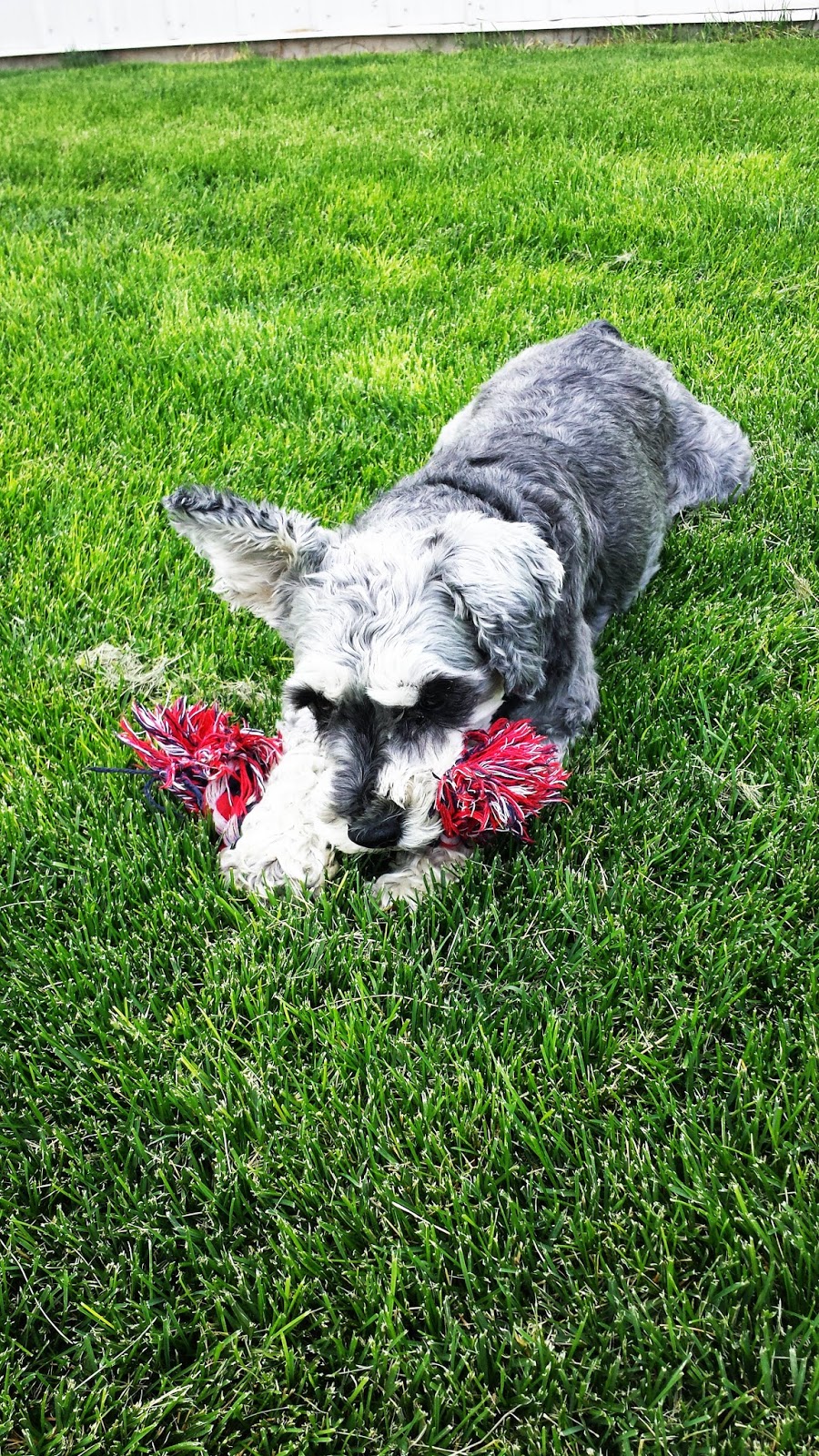 Max has been such a playful pup for the last little while! This rope he's chewing on used to be inside and one day he decided it would be much better outside. Best decision of Max's life. It's so fun to look out and see him playing with his rope. And it's nice to have a toy out there for when he wants to play with someone. 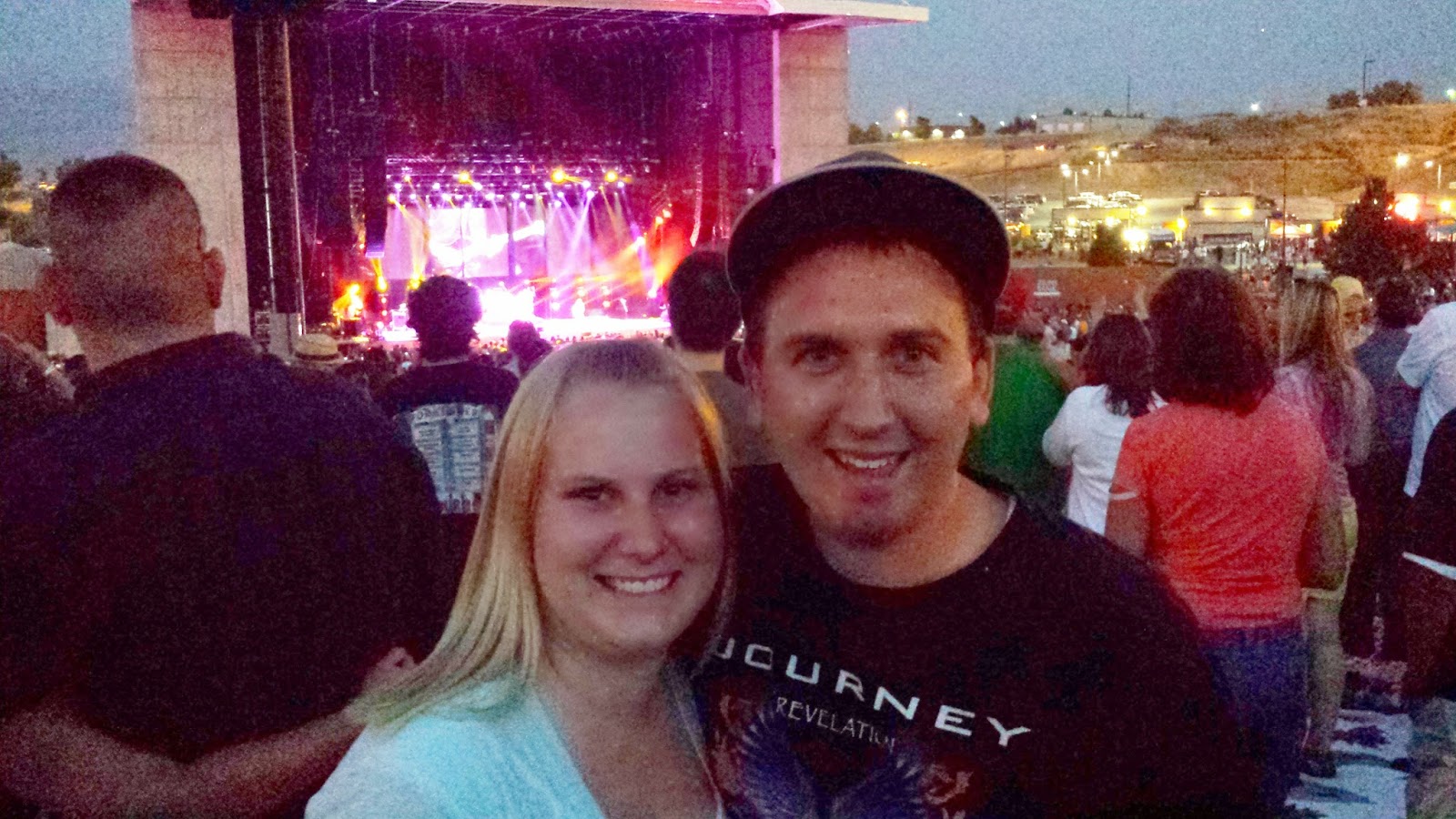 The hubs and I went to the Journey concert on Thursday that was in Salt Lake City. James brother gave him the tickets for his birthday. It was a pretty good concert for the most part. The beginning was great the middle not so much but the end was awesome! Not to mention all the drunk people that surrounded us, now they were entertaining ha ha. 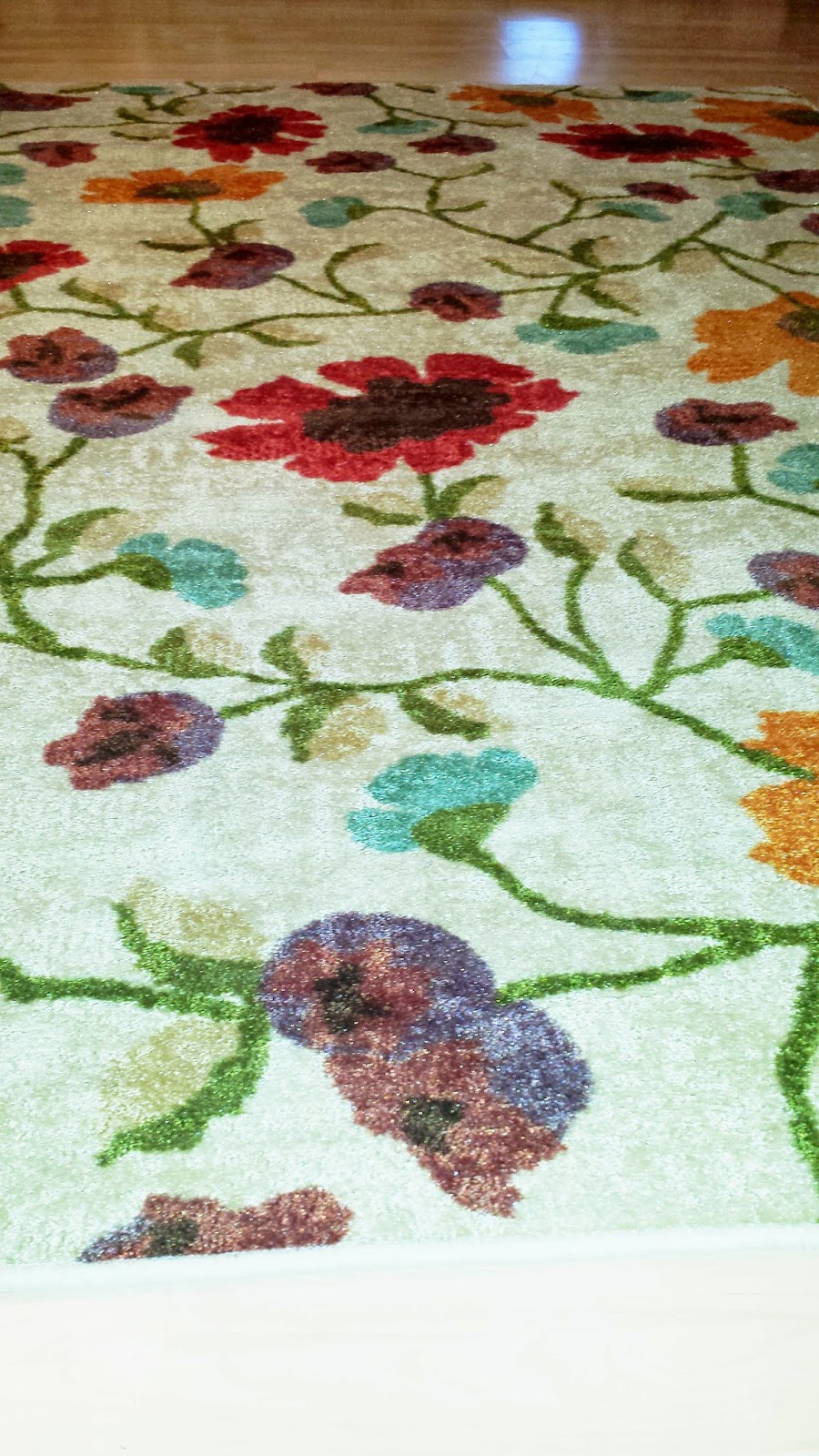 After the concert we went and spent the night at my parents. And on Friday we hung out with James family. It was pretty fun and awesome to see them again! On Saturday I hung out with my mom. We wen't to a few yardsales, Target and Kohls because where I live those two places don't exist unfortunately. While at Kohls I bought this new rug! Not only is it super cute but the price was even better! Normally $199.00 and I got it for $32.00! What a steal of a deal if I do say so myself. 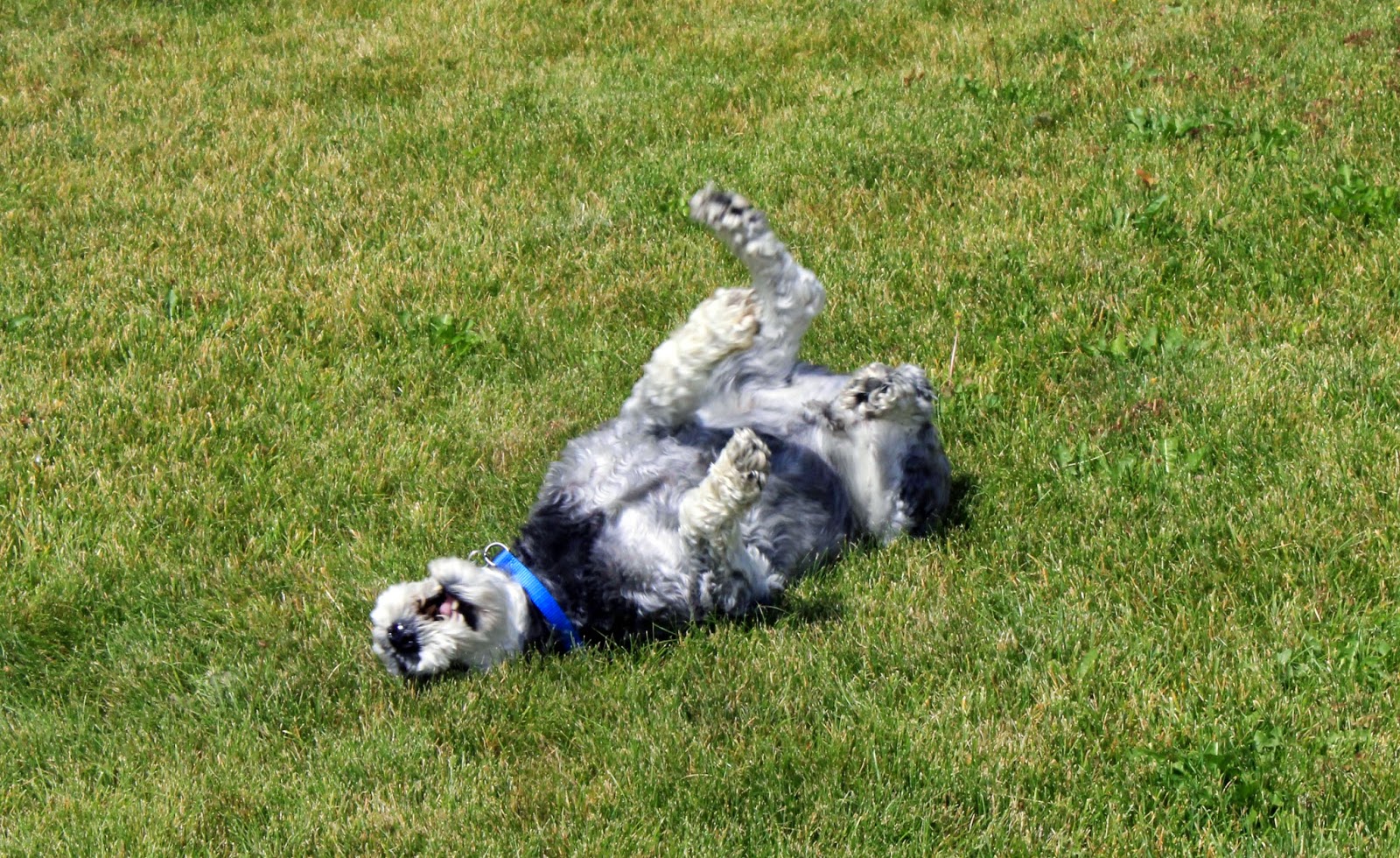 Look how happy Max looks here. I went for a walk on Sunday to take a few pictures for my website/Facebook page and Sir Max made himself right at home rolling around and being as happy as can be on the grass. He's so cute and has such an awesome personality. 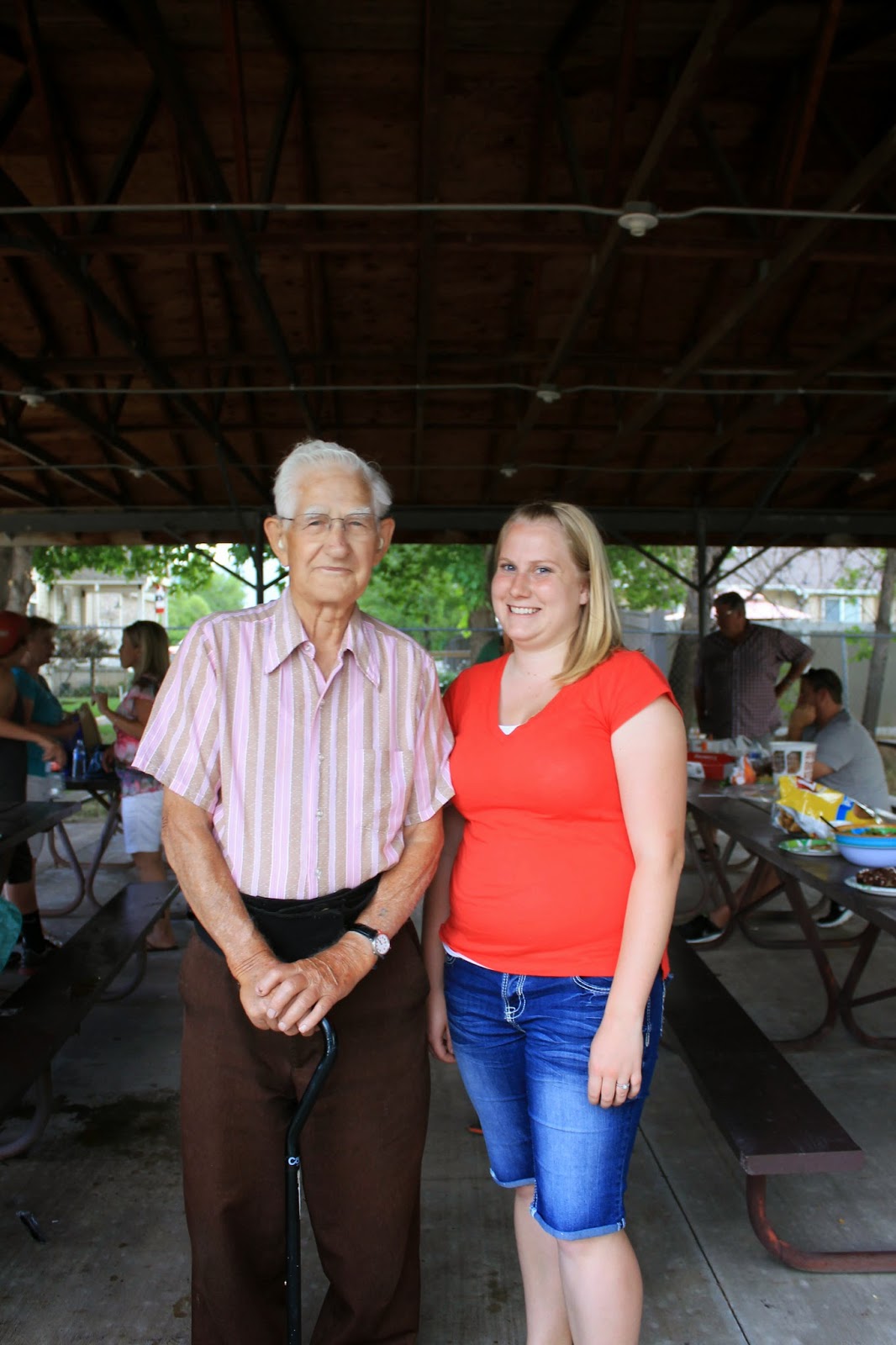 On Sunday we also went to a family get together for my grandpa "Pete." It was awesome to be able to see him again and catch up with him. He's the best grandpa ever. It was also good to see all the family that I don't normally see. I was even able to catch up with my sister. Which was good because she's one of my best friends. I love my family a whole lot. They all mean the world to me. 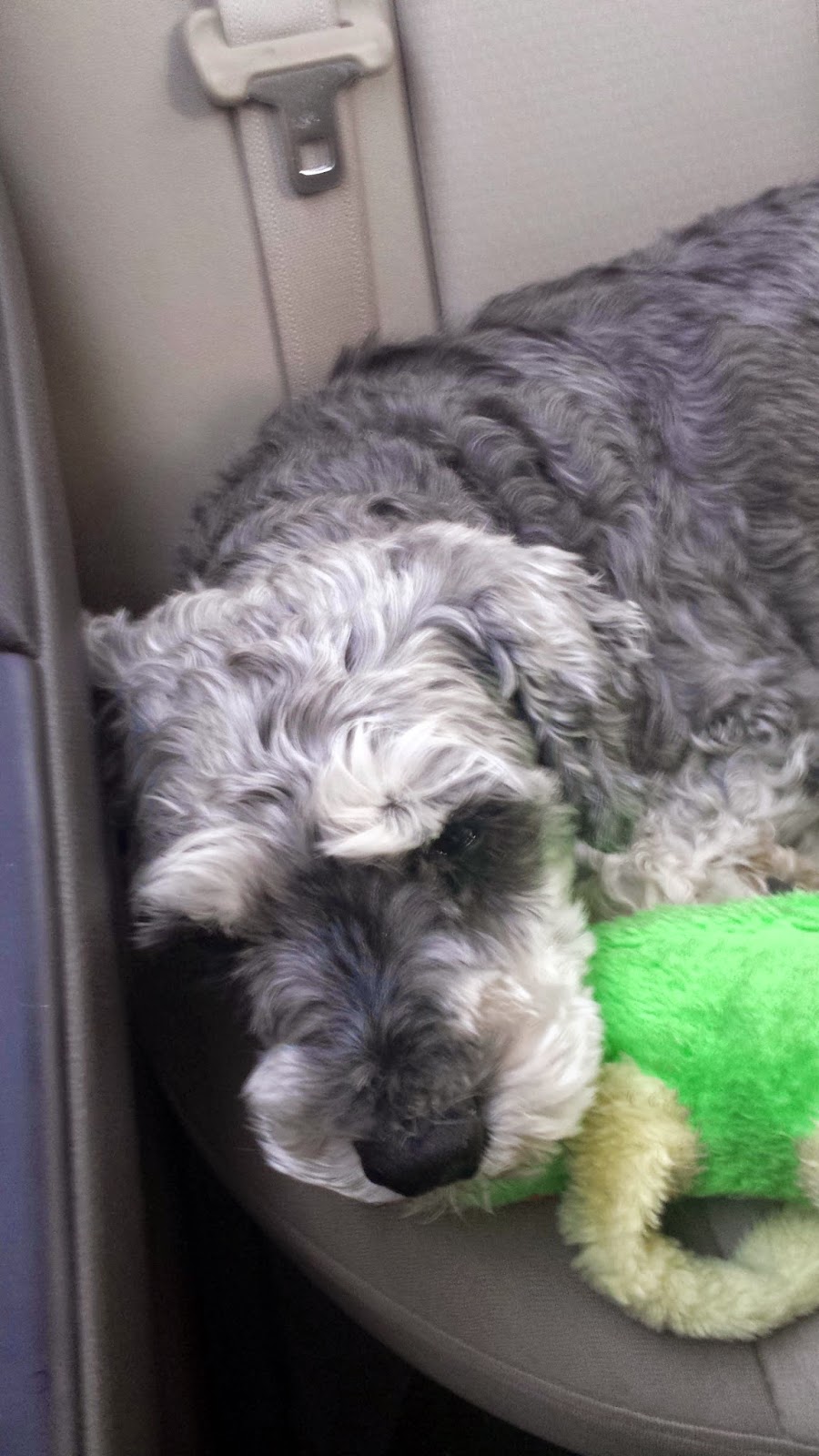 On our way home Max was just worn out from the trip so he got his favorite toy, his blanket and made himself right at home in the back seat. I love how he used his toy as his pillow. Like I said he has a personality ha ha. Shortly after this picture was taken I missed him being a pest so I asked him to come up and sit on my lap so he did and instead of doing what he normally does he laid down and cuddled with me which was a nice change. Nothing is better than a Max snuggle. 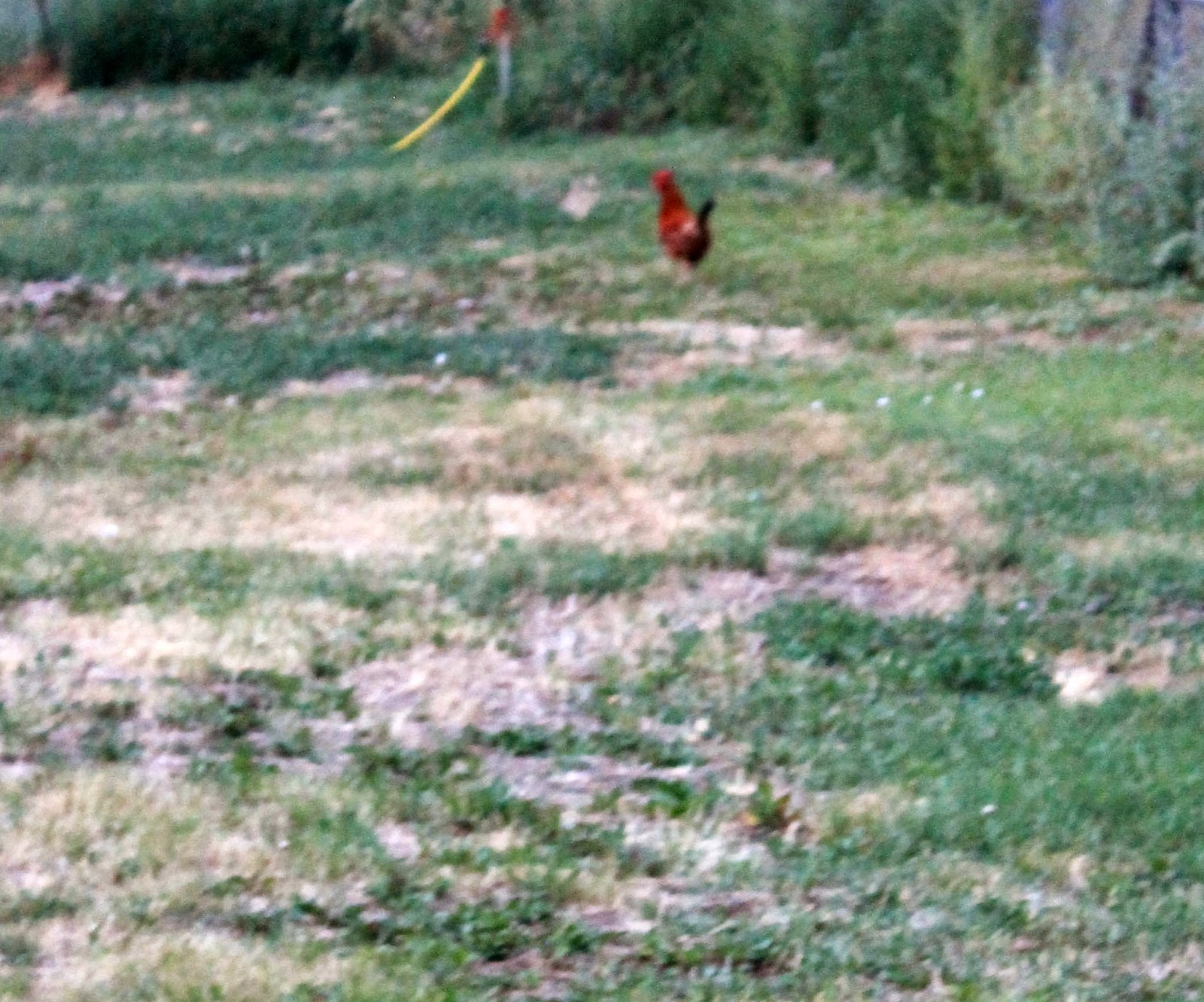 When we got home we noticed that there was a rooster in our pasture. Random because we don't own one. We weren't sure how it had gotten in there. So after I took this picture we went in there. Max barked at it and tried to chase it but that just made it mad so we got Max away from it and James went and got a stick and poked it and chased it out of the pasture. What a great ending to a wonderful trip ha ha.
Email ThisBlogThis!Share to TwitterShare to FacebookShare to Pinterest
Newer Post Older Post Home